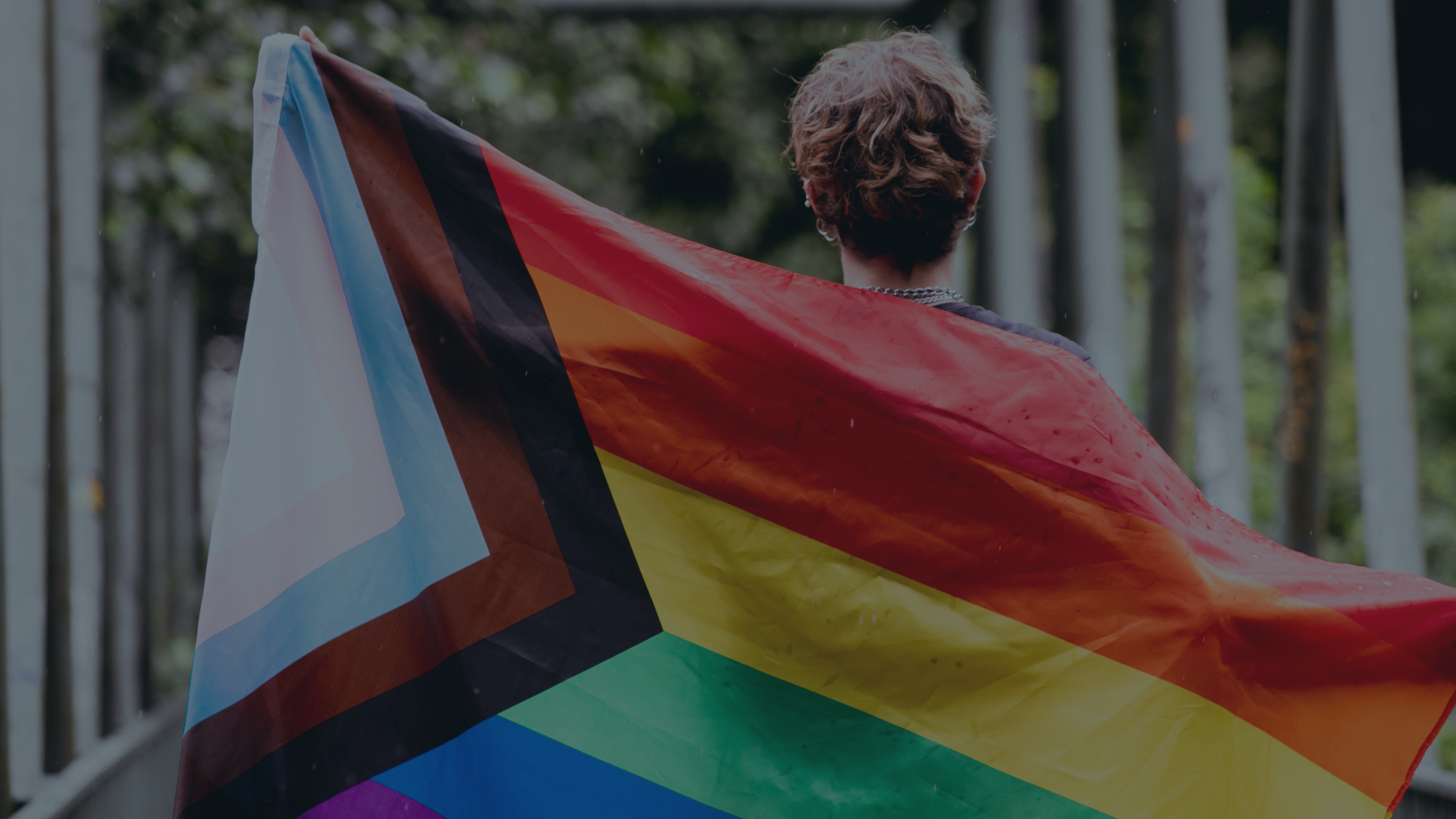 Your tech business needs to care about diversity and inclusivity

WRITTEN BY Lyssa-Fee Crump
Lyssa is a marketing badass and founder of Kraken Marketing. She is all about using Data-Driven Marketing using Agile methodologies to help businesses level up. Google Women Techmaker, public speaker, and GIF aficionado. She was one of Cornwall's 30 under 30 and Young Business Person of the Year.
Linkedin Twitter

Buckle up, bucko! This is going to be a long one, but incredibly worth it!

So where do we start? Well, first let’s talk about what inclusivity actually means.

This may sound similar to your definition of diversity, so what’s the difference?

What’s the difference between diversity and inclusivity?

Diversity is the state of being diverse or having a large variety, whereas inclusivity is the practice or policy of including people who might otherwise be excluded or marginalised.

So the main distinction is that  diversity is the people and inclusivity is a mindset.

This means that even though a team of one cannot be not diverse – it can still be inclusive.

And someone with an inclusive mindset will alway welcomes diversity. Huzzah! 💪

So, Kraken Marketing is based in Cornwall which shockingly has a 98.2% white population. It is one of the least racially diverse places in the UK. BUT that doesn’t mean we can’t be inclusive. We need to be judging businesses in Cornwall on how inclusive they are, rather than how diverse they may seem.

A tech company in Cornwall was founded by two white men and then their first 2 employees are also white men. They’re a non-diverse team and we could easily conclude they’re not a business we want to work with because of this. But perhaps I’m looking at the wrong thing and I need to assess if they’re inclusive. How do they act? Are they allies? Do they support people?

If a team is inclusive, as it grows it will become more diverse.

Don’t get me wrong some teams are not diverse because they’re toxic AF.

But we need to not automatically discount people because of a perceived lack of diversity.

When it comes to a lack of diversity shown in our marketing, there are a number of reasons why this may happen.

We tend to use people like us in our marketing material, this might be because it feels more genuine – a more realistic representation of us.

Or it might be due to limited budgets. If you can’t afford to purchase stock photography or hire models you might use your team to take photos for your marketing materials.

Or maybe, you might have never even considered the lack of diversity in your comms.

But one thing I can assure you of, whether or not it’s malicious, you’re turning people off if you’re not being inclusive.

Why is inclusivity important?

Your audience wants to see themselves in your content. They want to know that you see them, and that you understand them and their needs.

But it’s not just about them, they also want to know that you’re considering other peoples needs too.

A 2019 survey by Google and The Female Quotient revealed that 64% of all respondents took action after seeing an ad they considered to be diverse or inclusive.

With some consumers, this was higher –

If you’re not part of an underrepresented demographic it’s hard to really understand how it makes you feel to finally be seen. It is a really powerful feeling to be represented.

Are you a fan of the MCU? (Marvel Cinematic Universe)

In Avengers Endgame there is a scene that makes me so happy it’s overwhelming.  You can check it out here 👇

It makes me feel good to see women being represented as badasses.

A lot of people (mainly men) slated this scene online and said it was unrealistic. 🤣 But to me it was awesome!

And that’s my point. The MCU has always catered to men and helped them feel seen and included. But when it comes to other people they complain! As it’s not for them, they don’t get it or see the value in it.

We saw the same thing happen when Shang Chi and Black Panther came out. Films that were incredible and really powerful for the communities they represent but received a lot of unfounded hate.

When things aren’t for you, you might not see the value.

But the people who it is for, will.

How can I be more inclusive in my messaging?

I know, I know, I talk about authenticity a lot and why you should say no to vanilla and that’s because the importance of this cannot be underestimated.

If people feel like you’re being fake or performative – it will massively backfire!

Keep an open mind and an open heart, and constantly evaluate what you’re doing.

And it needs to be data-driven. You need to think about your target demographics.

You make a chair lift, so naturally, you’re marketing to older people.
But are you thinking about diversity and inclusivity?

You can’t just switch images of white people for Asian people and consider the work done.

And you can’t just change your packaging to pink to say now we’re including women.

Do you remember the Bic for her range of lady-pens? 😂
They got ripped to shreds online because it was just freaking ridiculous. 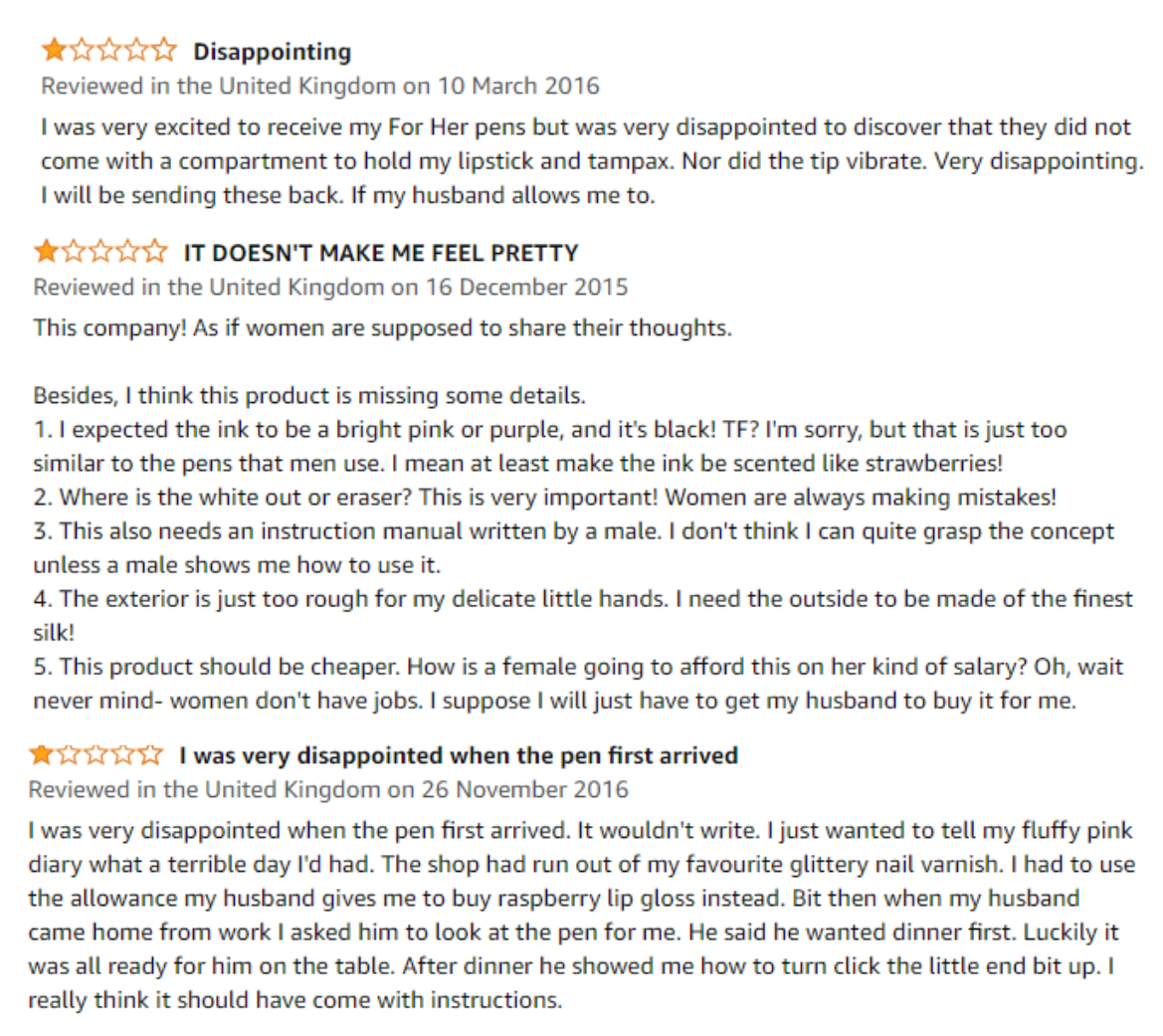 There’s also a growing distaste for brands who change their logos to the pride flag during pride month – it’s being referred to as rainbow capitalism.

I know I’m giving examples of what can go wrong and I don’t want to scare you into not trying, but we really need to listen, and learn, and be authentic.

You also need to make inclusivity everyone’s job – we all want to be understood and spoken to in a meaningful, emotive way. If everyone is tasked with ensuring this is happening, you stand a better chance of making it right.

You need to know your customers

An effective inclusive campaign starts with understanding your customer and the marketplace. You need cultural intelligence and to understand your customer / users unique perspective.

What’s appropriate? What might offend them? What are they experiencing in their lives? What is meaningful to them.

Market research isn’t just about women trying on lipstick in front of a 2-way mirror – (imagine a Mad Men GIF here, I couldn’t find the right one 🤣).

If you’re authentic, genuine and come from a good place, people will want to share their experiences with you.

Examples of inclusivity in marketing

Etsy – gift like you mean it
“When it feels like the world doesn’t get you, a gift from Etsy can make you feel seen.”

As a side note here – my name! Urgh, so many online forms won’t accept it. Because of the hyphen and because of the circumflex. They say they’re not real characters. Other systems have said that a surname needs to be more than 2 letters – a friend I know has the surname YU and they’re often told their name is invalid. This really sucks when it happens.

This is not inclusive, so please do check your online forms!

Now Rihanna really changed the game in the beauty industry when she dropped 40 shades of her foundation during her make launch. Most leading brands who have been around forever only had 10. 10 shades! How are those 10 shades meant to suit every skin tone? They can’t, and it shows a massive lack of awareness and appreciation for diversity and inclusivity.

But Rihanna didn’t stop there.

Victoria Secret (righty) came under fire for having an extremely un-inclusive fashion show that promotes unhealthy beauty standards.
So Rihanna dropped her Savage X Fenty show which showed models of different body types, people of colour, transgender women, drag queens, and people disabilities. She also used realistic and curvy mannequins in store. 😍 Brands have been saying it doesn’t make business sense to do this for years – and Rihanna and consumers have massively proved them wrong! Love that!

We are now seeing brands prove – that when diversity and inclusivity is done right, it’s great for business!

I really hope that this has given you things to think about and a desire to become more inclusive.

A few years ago I gave a talk at another conference about the importance of diversity in tech – and someone I know in the Cornish tech industry told me afterwards that he disagreed with a lot of what I said, that as a white middle-class man he is the most marginalized type of person in society (which is absolutely mind-blowing) he was from the most priveledges demographic in society, and he was discounting other peoples experience, even when hearing it first hand – because it wasn’t his experience.

And while we’re on it, let’s talk about privilege.
Privilege doesn’t mean you have it easy and no struggles in life.

And saying we don’t see colour is offensive.

It’s like saying I’m choosing to ignore part of you because it makes me uncomfortable.

It sounds like – I don’t see you. I don’t care about your experiences or where you’re coming from.

It’s an important part of someone’s identity and dismissing it shows a lack of empathy and ignorance.

We need to use our privilege and become allies.

What is an ally?

An ally is someone who actively promotes and aspires to advance cultural inclusion through intentional, positive, and conscious efforts to benefit people as a whole.

It’s a process of building relationships built on trust, consistency, and accountability.

Every one of us can be an ally.

It’s not enough to not be racist – you need to be actively anti-racist.

For example, as white people, we feel invited everywhere. Because we are.
We should visually represent eveyone, so they know they’re welcome.

What should I do now?

Marketing is all about connecting people with products and services that can help solve their problems.

But effective marketing is about bringing people together.

Embracing inclusivity will help make a real difference to people’s lives – and your business bank balance.

PHEW – that was a lot of information! Don’t worry if your brain feels like it is about to burst. You don’t need to change everything all at once, you can take an iterative approach.

Need some help creating a diversity and inclusivity strategy? Get in touch, we’d love to help you.